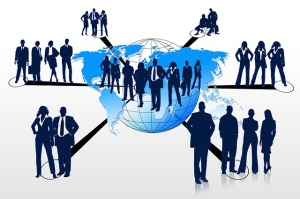 As most Facebook users (over two billion) know, Facebook frequently reassess the algorithm they utilise for deciding which posts to display to a user. A further change is now (January 2018) to be introduced. What is changing? How will it impact users?

It is intended the following will be given priority:

Note: The principles outlined in Facebook – Engagement Algorithm – Changes will still apply in most instances.

Facebook has faced criticism and legal questioning about how newsfeeds may have prioritised misleading and misinformation content and how this may have influenced such things as the last presidential election. The company acknowledges Russian agents used Facebook to influence the electorate. (Readers should note Facebook is not alone in this: other social media companies are being quizzed on the same topic.)

Note: A while ago there was mention of Facebook separating personal and commercial posts and articles. This change is clearly intended to support that goal.

How will it impact users?

In surveys, users have frequently commented, or perhaps that should be complained, that the site appeared to have shifted focus from friends and family content to increasing amounts of posts from brands, publishers and media companies. This latest change is designed to address the issue.

Facebook’s product manager’s mandate has now been changed so as to:

Elsewhere the aim of this change has been stated to be: ‘To promote meaningful interaction between people’ rather than ‘Helping people find meaningful content.’ In other words, seeking to provide what users actually want rather than guessing at it.

As will be more than obvious from the above information, general users will now see more of what they have said they want: posts and articles from friends and family. It has to be admitted, though, in general, less news worthy material will now be displayed, most users will be pleased with this outcome.

A rather broad brush has been applied and it may be some general users would still prefer to have posts from news media companies etc. included in their newsfeeds. This can still happen but only by the user’s choice: user’s have the option to select and prioritise what they see. Here is how to find the prioritising facility:

Note: There are several other options which are self-explanatory.

Overall, it is primarily interaction (user’s own and others) that will govern which posts a user sees. Consequently, for example, a lengthy comment on a photograph may result in it being given higher status than a video with less interaction.

Some have expressed concern that relying upon user interaction may reduce the spectrum of information displayed because it would probably result in them only seeing content that reinforces their own ideologies. They would therefore not be exposed to broader, alternative, opinions and arguments about important issues and topics.

There is further concern that, though part of the change is aimed at reducing ‘fake’ and ‘bogus’ news content, these may still be spread if a friend or relative ‘shares’ such a post and if it is one that has been widely commented on.

How this change is viewed by the general, private user is entirely down to what they want to get out of their Facebook account. For those who, primarily, just wish to see content from friends and family, it will be a change in the right direction. However, for those who are looking for a broader, more informed perspective, it may be viewed as detrimental.

It is more than likely, as a result of this change, ’business’ users of Facebook will experience less exposure. This is because a majority of their posts are seen to be effectively passive in that they primarily aim to gain attention or advertise products. As mentioned above, the new policy is to reduce the amount of ‘passive’ posts the average user is presented with in their newsfeed. As passive posts they generate far less, if any, interaction from regular users.

Naturally, this will impact commercial companies, and perhaps most will consider it fair because many large corporations have taken advantage of the Facebook ethos to, unasked, push their products in an annoying manner. However, there is concern with respect to smaller organisations.

Independent; non-profit; charitable; small business; etc. organisations and companies will, in the majority of instances, by virtue of how their Facebook accounts are set up, be identified as business users and, undoubtedly, their posts will be treated accordingly. For example, one small magazine owner has already raised the issue because, due to their publisher (company) size and the decreasing number of physical news stands on the high street, they rely on social media. He states most potential subscribers only find their site by virtue of posts in news feeds. It took a while for them to grow there customer base and to become financially viable. The prospect is now, with the de-emphasising of posts like theirs that they will fail to gain new subscribers, will consequently lose income and probably their livelihood. It is inevitable, non-profits and charities will also see a reduction in contributions.

In view of the principle aims for this website, it is only right authors be mentioned. It is likely this change will impact independent authors (and others) who use ‘pages’ for their product profiles (author, book, etc.). Facebook Profile or Page? includes thoughts upon how an author may use their personal Facebook account instead of a page for publicising themselves and their books.

Just to be cynical for a moment. Some have implied Facebook is just an advertising company pretending to be a social service. A little harsh though it must be acknowledged Facebook is now more of a business than previously. As such it inevitably has to look to the aspect of profit. Could it be this change will lead to brands etc. being pushed to pay for broader exposure and advertising? Cynical perhaps but a realistic prospect. However, this will not be of concern to general users for whom the change has potentially been made.

For the majority of general, average, personal users the change is welcome.

Friends and family will see more interaction and thereby be able to keep up to date with each others progressive lives.

News Feed content will be less varied and broad though users have the option to enhance what they see.

Businesses will have less exposure though they have the option to utilise Facebook’s advertising services.

Whatever a user’s opinion on this change, all should be grateful Facebook is listening to concerns and is proactive in attempting to deal with some of the issues.