The concept for T. R Robinson Publications commenced in 2013 and slowly evolved until, in 2016, reaching its final professional establishment as portrayed in this website and elsewhere. It has four primary purposes:

™ This logo represents T. R. Robinson Publications ™ wherever it appears.

T. R. Robinson is an independent author of memoir, autobiography, biography and fiction all of which are based upon life experiences; hers and others.Though born into a loving family she eventually suffered war and abuse and subsequently married and moved to England. Following her divorce she had various employments ranging from managing small electrical components, laboratory assistant, hospital orderly, waitress and much more between. Her writing career commenced in 2013.

What prompted to write?

For many years T. R. struggled with the concept of writing their story: they were embarrassed and ashamed of what had been done to them. Neither had they considered their life to have been unusual or worthy of publication. However, over the years, many had confided details of their own lives which caused them to realise theirs and that of their ancestors had been anything but ‘normal’. Despite this they remained uncertain as to whether anyone would be interested in reading the tales. Eventually, after much internal debate, they decided to go ahead, considering it wrong to allow the family tales to be lost to prosperity.

They acknowledge it was distressing and difficult to recall much of what is shared in the books; ‘Still painful to effectively relive those experiences all over again – they are never forgotten’. That is not to say the books are all negative; lighter, fun filled experiences that still bring a smile to their face are also shared.

Authoring etc. – Beside the authoring and publishing of books, T. R. enjoys sharing, with fellow authors and readers, through this website, social media, and by direct contact, their own publishing experiences and knowledge.

Nature – From the earliest years T. R. has had an affinity with nature and enjoyed the company of multiple pets when but a young child. Though the circumstances of subsequent life prevented enjoyment of further domestic pets they have retained their love for them. Natural history television programs and documentaries are a favourite. Gardening has also been an avid interest, considerable pleasure being gained from watching how plants and trees grow and develop and survive harsh weather conditions to bud and flower again in spring – ‘A true marvel.’ ‘Truly fascinating.’ ‘An example of how people may also survive the sometimes harsh conditions of life.’

Other – Further interests include current affairs, national and international, and visiting places of natural beauty.

When commencing their author career T. R. had little understanding of the publishing industry, traditional or independent. Consequently, the initial years presented a steep learning curve. Nevertheless, they persevered and have now published a number of books.

As with any profession (authoring is a profession), they absorbed a lot of information along the way and was particularly grateful to those kind people who freely shared insights and information about the process. Having gained a small measure of success they wished to reciprocate by helping others on their author paths. They had also appreciated book recommendations received and again wished to reciprocate. A natural extension of both is a willingness to assist fellow authors with the publicising of their works. Information was initially shared by means of personal blogs but the requirements for a more professional, further reaching, base was soon acknowledged. T. R. Robinson Publications is the result.

ONE OF LIFE’S CHANCES.

See what it is about. 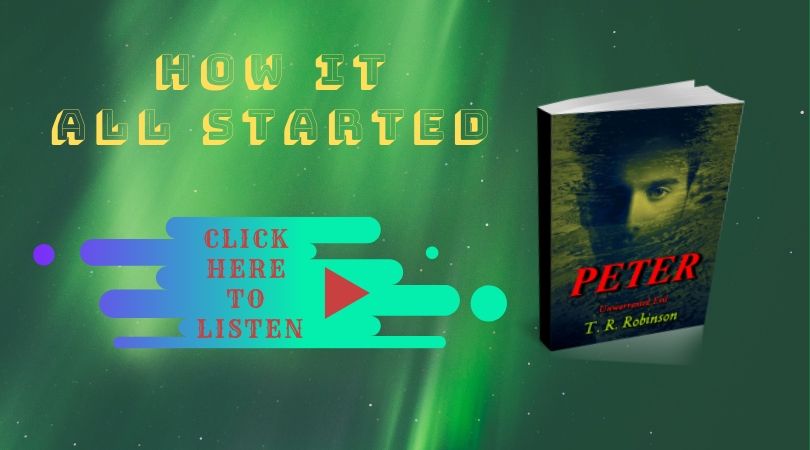